What are the SSIMAs?
The SIMMAs (The Summer Solstice Indigenous Music Awards) will present awards representing a variety of music genres as well as awards for cultural contribution, significance, legacy, and social voice from within the Indigenous community across Turtle Island. An event like SSIMA is poised to become an integral part of Canada’s cultural presence in years to come and ensures Indigenous music is experienced by an ever-wider audience. SSIMA and the Summer Solstice Indigenous Festival is produced by Indigenous entertainment and tourism firm, Indigenous-Experiences.ca, on behalf of the National Indigenous Peoples Day Committee. An Artist Advisory Committee comprised of Canadian Indigenous music leaders supports the initiative through strategic and artistic advice and counsel.
When and where are the awards being held?

Category winners will be announced and honoured at a special ceremony and live-streamed show at the National Arts Centre in Ottawa on Saturday, June 12th, 2021. The award show itself will be two hours in length including the presentation of awards to the winners, as well as live performances from finalists throughout the evening.

When is the deadline for submissions?

Nomination forms and all supporting documentation must be submitted by April 7, 2021.

Is there a fee to submit?

Indigenous ensembles, solo artists, duos, or groups from anywhere in Canada. Any artist or group that identifies as Indigenous and is outside of Canada can submit for International Indigenous Artist/Group Recording of the Year.

To be eligible to submit, at least 50% of the group members/artistic driving force/ownership behind the band must identify as Indigenous. Proof of ancestry may be required – status card, Metis card or a letter of confirmation from a community leader/elder may be required.

How many categories are there?

Can you submit for more than one category?

There is no limit to how many categories you can apply for. You must submit a new nomination form for each category.

Albums must contain more than 50% original content and must have a minimum run time of 25 minutes of unreleased music and/or 6 tracks.

Can artists outside of Canada submit?

Yes, there is an International category for artists outside of Canada. This category celebrates artists who identify as Indigenous, but not First Nations, Metis, or Inuit, and may reside anywhere in the world, including Canada.

Can I nominate someone else for an award?

Yes, there is an International category for artists outside of Canada. This category celebrates artists who identify as Indigenous, but not First Nations, Metis, or Inuit, and may reside anywhere in the world, including Canada.

How will be submissions be judged?

Voting will be conducted by our invited panel of jurors which includes Indigenous and music industry professionals and peers. There will be no public voting.

SSIMA wanted to ensure that the entire process captured what the Indigenous artists across Canada wanted to see in a new celebration of Indigenous music and arts. We have requested the support of two national leaders and long-time friends of SSIF to help define and drive the process and truly appreciate their expertise in making this new event a great success.

Vince Fontaine: MUSICIAN, PRODUCER
Based in Winnipeg, Manitoba and one of Canada’s most important Indigenous composers. Celebrated for his creative direction of multi-award-winning band Eagle & Hawk and his talented collective Indian City, Fontaine’s career abounds with awards and recognition. Vince has deep roots from his Ojibway heritage and the community of Sagkeeng First Nation. Vince played a vital role in the preparation of launching the SSIMA. His creative and artistic vision ensured the SSIMA followed a successful trajectory by providing guidance into the nomination processes.

Elaine Bomberry: PERFORMING ARTS ACTIVIST/PROMOTER/MANAGER/TV AND RADIO PRODUCER
Elaine Bomberry is Anishinabe and Cayuga, from Six Nations of the Grand River Territory, in southern Ontario. For the last 14 years, she has made her home on the Capilano Reserve, Squamish Nation territory in North Vancouver, British Columbia. She has worked as a freelance Indigenous Performing Arts activist / promoter / manager / TV and radio producer full-time for 34 years, and is currently managing JUNO winner, Mohawk blues piano man Murray Porter. In 1994, Elaine along with Buffy St. Marie and Curtis ‘Shingoose’ Jonnie, helped create the `Best Music of Aboriginal Canada’ recording category for the JUNO Awards. Elaine manages the jury process and provides creative input into the live awards.

Vince and Elaine have the support of an Advisory Committee drawn from respected voices in the artistic community. For more information on the Committee, click here.

What should I focus on for my submission?

You need to submit a full package that best represents you and your music. Here are some suggestions and requirements:
1. Review the categories and pick the one that is most appropriate.
2. Read the submission form carefully. Answer all the required questions.
3. Upload the required Cultural Supporting Documents
4. Remember to include a 400-word (max) bio. We want to get to know you!
5. Upload 2 photos
6. Include links to social media, website, videos, etc. where requested.
7. Remember – submissions must be received by April 1, 2021.
8. If you have ANY issues with your submission, contact us for help:
+1 613-838-5558 Ext. 104
info@ottawasummersolstice.ca

What if I can't prove my background and don't know the home community I come from or even who it is?

This is challenging. while we feel that the indigenous heritage is an important part of the music awards, we also recognize that as musicians and producers, we are not the right people to declare or deny indigenous heritage. We do require some form of formal recognition, to protect the integrity of the process. However, we are fortunate that our NIPD committee overseeing the SSIF event represents the national Indigenous organizations including non-status, off-reserve, Metis, and Inuit who do not have status cards. We are happy to support artists in their journey to validate their identity in applying.

When submitting to artistic video award, what is a link required? The format is mp4 but what must be loaded into the menu window? a Dropbox link?

There are 2 options for submitting videos/audio
1) (Preferred option) you can submit a link such as: YouTube, Soundcloud, Dropbox, Facebook video, etc. There is no ‘file limit size’
2) There is another question that allows for file upload, which will now accept any file with a max size of 65 MB
These are two separate questions on the form, and neither is mandatory to be able to submit the form.

Who do I contact if I have more questions?

How do I find out the latest updates on The SSIMAs? 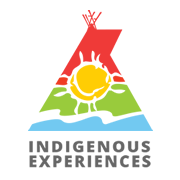