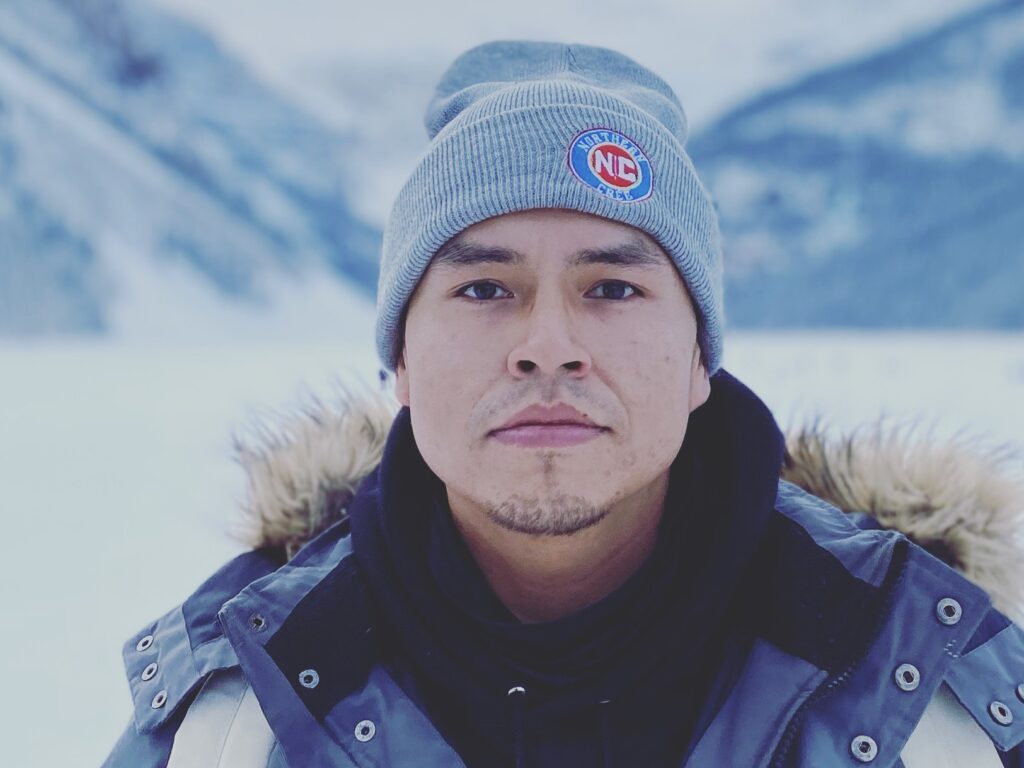 JOEL WOOD (NORTHERN CREE) – 2021 HAND DRUM/FIDDLE/INSTRUMENTAL OF THE YEAR WINNER
Joel Wood is a Cree musician from Maskwacis, Alberta, Canada. His album Singing Is Healing was a Juno Award nominee for Traditional Indigenous Artist of the Year at the Juno Awards of 2022. He was a member of the group Northern Cree before venturing into his solo career.

INUIT THROAT SINGING (SUNSDRUM)
Sunsdrum consists of Heidi Langille and Lynda Brown. Located in Ottawa, they have travelled nationally and internationally demonstrating traditional and contemporary Inuit throat singing, drum dancing, and games—as well as providing interactive workshops on the history of the Inuit, and their current realities.